A Museum for Werkbundsiedlung in Vienna

Docomomo Austria would like to ask all Docomomo WPs for support in creating an appropriate on-site museum for the Viennese WERKBUNDSIEDLUNG
similarly to that of Weissenhofsiedlung in Stuttgart, Germany. 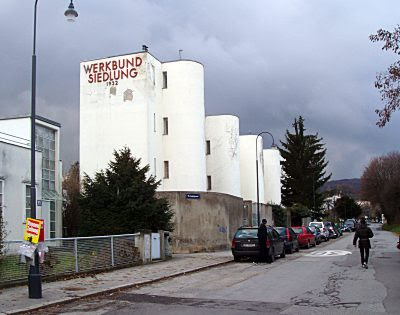 Werkbundsiedlung Vienna
http://www.flickr.com/photos/35144812@N07/4225395638/
Vienna’s Werkbundsiedlung, a workers’ association housing complex, is one of the few Werkbund ensembles from the 1920s and 1930s that remains intact. Thirty-one renowned architects, including Josef Hoffmann and Alfred Loos, worked under the direction of Josef Frank and constructed the modernist architectural complex in 1932. Thirty houses remain, ranging from one to three stories, and sit on a triangular plot of land in the periphery of Vienna. The houses exemplify the architects’ modernist philosophy combined with the Viennese estate house style. They created a comfortable and suitable living space with minimal financial expenditure. Although the different types of houses were made uniform through the similar treatment of facades, fencing and roofs, the architects personalized each house through the creative use of colors.
the true Viennese form of Modernism is exhibited in the Vienna Werkbundsiedlung. The individual houses by Loos, Rietveld, Hoffmann, Plischke, Neutra et al were intended as residential models, not technological or functional manifestos. Josef Frank was the initiator of this housing estate. A scholar of Loos, he wanted to demonstrate a new, modern living culture in small houses using economical means. However the Werkbundsiedlung development, completed in 1934, came late, and Austro-Fascism, the Austrian corporative state, put an end to the Modernist movement in Vienna. Josef Frank emigrated to Sweden, establishing his globally successful “Scandinavian furniture style”.
What had begun in 1934 was over by 1938. Viennese Modernism was forced to emigrate. A whole generation of talented architects and open-minded developers were driven out, and their dwellings, houses and land confiscated. Hitler hated Vienna, and so the Nazi period contributed very little in terms of construction activity. However, six flak towers still leave their mark on the urban skyline as “memorials”.
Today, a majority of the houses are owned by the city of Vienna, and are treated as public housing. The residents are largely unaware of the architectural significance of their surroundings. Repairs and routine maintenance of the buildings are lacking. A participatory planning process that includes the city of Vienna, the private residents, and local and international stakeholders, is sought to ensure the preservation and sustainability of the estate. 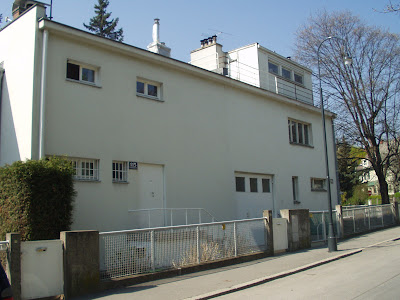