Architect Wessel de Jonge, co-founder of DOCOMOMO International—the international working party for documentation and conservation of buildings, sites and neighborhoods of the Modern Movement—
will present a lecture
on the restoration and reuse of the Van Nelle Factory in Rotterdam
at the Getty Center, Harold M. Williams Auditorium, on November 15, 2012 at 7:00 pm. 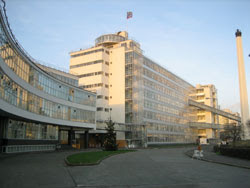 The Van Nelle Factory in Rotterdam is considered an icon of Modernism.
Designed and constructed by Brinkman and Van der Vlugt in the 1920s, the factory had a huge impact on the development of modern architecture in Europe and elsewhere. It was not just its architectural style, but also its response to the social challenges of the day that made the Van Nelle factory special. It was designed on the premise that a modern, transparent, and healthy working environment in green surroundings would be good both for production and for workers' welfare. 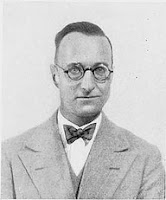 Leendert Cornelis van der Vlugt (1894 - 1936 . Rotterdam, The Netherlands) known for his office Brinkman & Van der Vlugt - the office lasted only about ten years because van der Vlugt died in 1936 (Hodgkin's disease). Both architects had created buildings of international rank like the Van Nelle Factory in Rotterdam (1930).

graduated from Delft University of Technology and is a successful practicing architect and academic and co-founder of DOCOMOMO International. In addition to his large-scale rehabilitation project for the Van Nelle Design Factory his other projects include the restoration of Gerrit Rietveld's 1953 Dutch Pavilion for the Venice Biennale (1995); the rehabilitation of the 1947 former Control Tower at Amsertdam's Schiphol International Airport (2001); and the restoration of Duiker and Bijvoet's 1926-31 Zonnestraal sanatorium in Hilversum, the Netherlands, in cooperation with Henket Architects (2003). 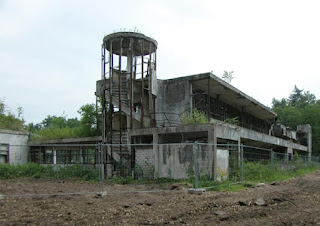 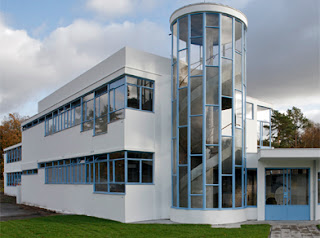